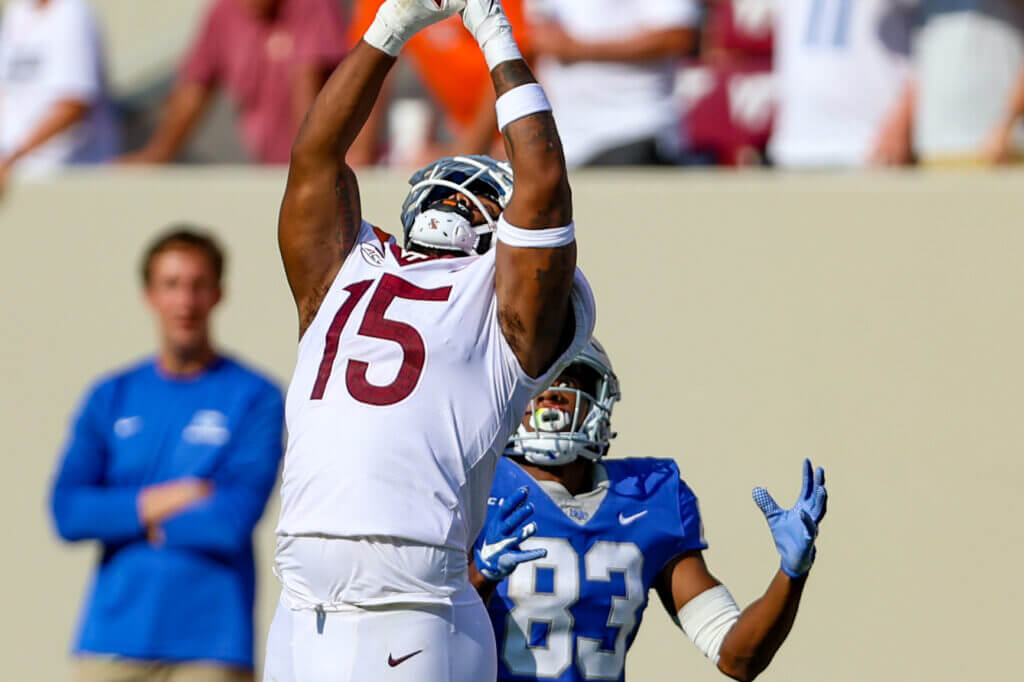 BLACKSBURG, Va. — When Keshon Artis steps up to the weight racks during Virginia Tech’s lifting sessions, it’s a show. Everybody gathers to see what kind of plates the 6-foot, 240-pound linebacker can push.

“Weight room is ridiculous,” fellow linebacker Alan Tisdale said. “He’s lifting everybody up in the weight room. Everybody goes to Rack 1 and they just hype him up.”

It sounds like Artis, a frequent offseason conditioning program standout, will get more of a chance on the regular defense this week against Pitt as a fill-in for mike linebacker Dax Hollifield, who has to sit out the first half following his targeting ejection in the fourth quarter against Notre Dame.

Tisdale said Wednesday that Artis has been in there at the mike during practice. Head coach Justin Fuente said earlier this week that the Hokies still were figuring out if it’d be Artis, a fourth-year junior from Chesapeake who’s played both the mike and backer spots this year, or third-year freshman Dean Ferguson, who is listed as Hollifield’s backup.

“Keshon, man, he’ll come down and he’ll hit you,” Tisdale said. “He’s great pass-wise, read-wise. His vision is great. I love his vision and how he plays. He goes 100 percent every play.”

To date, Artis has only done much of that on special teams.