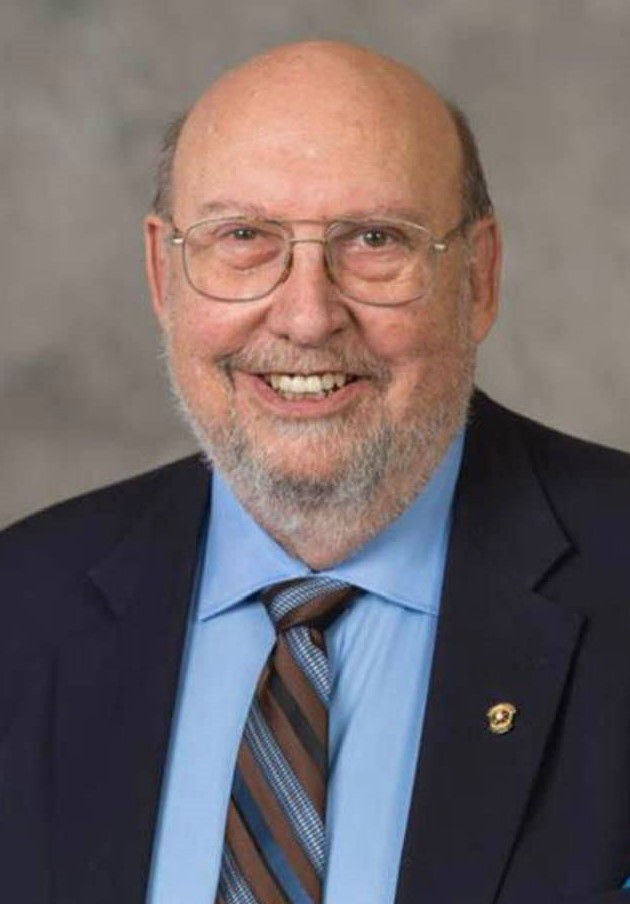 John Artis epitomized the value that those with real-world professional experiences bring to the faculty ranks at UM-Dearborn. His career as an educator spanned more than 50 years — a stretch in which he held multiple roles in the field, including classroom teacher, principal, superintendent, college lecturer, and educational consultant. That expansive experience was often on display in his UM-Dearborn classrooms — especially in his signature hours-long lectures that former students said felt more like deep conversations. But Doctor of Education graduate Fleda Fleming says the fact that Artis had “lived the life of an educator” was only part of his appeal. The towers of books, stacked teeteringly high in his cubicle, exhibited his thirst for keeping up on the latest ideas in the field. And above all, Fleming says he was as warm and kind-hearted as they come.

“His warmth was almost charismatic,” Fleming says. “When you had his attention, it was full, and you felt like you were the only person in the world who really mattered to him, and somehow, he made everyone feel that way. Being an educator is about more than having command of the theory. It’s about people. It’s about their humanity. It’s about heart. And he had an abundance of all of those things.”

Fleming noted his empathy came through strongly in his passion for educational equity, a topic at the center of her dissertation work, which Artis advised on. “There was a kind of validation, I suppose, in Dr. Artis having come from a different life background and sharing those values,” Fleming says. “And with him, it didn’t seem to be ideological or a matter of political correctness. It was just a natural part of him to see all people as valuable.”

Former student Jeff Bouwman, who is now a middle school science teacher and education lecturer at UM-Dearborn, also said Artis’ deep practical knowledge and thoughtful mentorship left an imprint on him. But it was a rare moment of tough love that Bouwman says stands out as one of his favorite memories of one of his favorite instructors. “When I took John’s class, things had been going really well for me, and I’d been getting straight As,” Bouwman remembers. “I think I’d developed a bit of a hotshot mentality, and I think he saw that. So we were talking after class one day and he straight up challenged me to up my effort and take the work more seriously. Sometimes a check is what you need, you know? And he gave it to me at just the right time — the good ones know how to do that — and it really gave me a new sense of focus. Losing John, without a doubt, we’re down a great leader.”

Department of Education Interim Chair Chris Burke says Artis did indeed have a special skill when it came to pushing students and delivering criticism. “I think the back-and-forth conversation, the feedback, the asking questions was a big part of his style,” Burke says. “And it’s not easy to do that in a way that doesn’t put someone on the defensive. He could not only do that, he could do it in a way that actually felt kind. I don’t think criticism ever felt like criticism when it came from John. It just felt like conversation and part of the process of how you push and get to a better idea.”

Burke says Artis’ death is a big loss for the education department. He taught a huge range of courses and was known to be particularly strong on legal, regulatory and policy issues. He was also an anchor instructor in the department’s doctoral program.

Outside of his life in education, Artis was a family man who loved spending time with his wife, Julie, and their children and grandchildren. He was also active in the Unitarian Church of Grosse Pointe, where he often participated in community service projects.